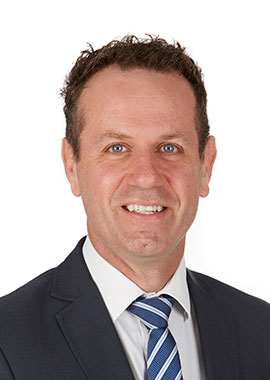 We’ve come to accept paying a higher price to be first in line to board a plane, but that’s not necessary the case with SMA portfolios.

If you are a financial adviser using SMA equity portfolios for your clients, you have the option of choosing between two types of SMA provider – a specialist or a generalist. Only one of these options is more likely to put your clients in the priority line for all portfolio trades. And that may have a critical impact on performance and the quality of communication with clients.

To understand why, imagine you are a generalist fund manager running a bunch of portfolios – retail pooled funds, insto mandates, separately managed portfolios (SMAs) and maybe even exchange traded funds. (By contrast a specialist SMA investment manager will only run SMA models – no funds).

You have identified a stock you think will soon be – the proverbial train wreck – for your investors. So you do the right thing and instruct the trader in your team to sell out. Good call.

But here’s the rub. If you are a generalist and need to make piecemeal sales of that stock – which is often the case – which portfolio does it come out of first? The big gorilla mandates first, or the smallish SMA? Which investors are first in line? Who holds the can the longest?

This matters, because if you need to be rescued from a situation, in this case a stock going pear-shaped, nobody wants to be left waiting while their returns potentially suffer.

And if a slow-moving trade has in some way dented performance, that needs to be explained by the fund manager and then by you, to your client.

The reality is if you have a problem stock in the portfolio, you’ll want your investment manager to get your client out as a quick as possible – a priority pass please. And on the flipside, you want to be the first to participate in the upside stories.

If your fund manager runs SMAs alongside other portfolio structures with the same strategy,

it may pay to ask them about the allocation of trades. You’ll want to get a line of sight on where the SMA investors stand in line.

Multiple portfolios can also mean tracking error (differences) emerges between the holdings in the fund and the SMA model. It’s also worth asking what gets reported on.

But then again, the whole waiting-in-line question can be avoided completely by going with a specialist SMA provider like Ralton. That’s because they don’t manage funds, so SMA investors are always first in line to board new stocks or disembark. Actually, they’re the only ones in line.

Ralton is a specialist SMA provider, and a partner of Copia who distributes their three SMA portfolios. Ralton has an experienced team of five with a long track record of performance.

How the specialist advantage plays out can be profound for performance. For example, a few months ago, when economic data out of China weakened, Ralton saw the potential advantages of investors being buying into resources. Sounds counter-intuitive?

Gordon Ramsay, Senior Investment Manager at Ralton describes the trade “We increased our exposure to resources despite soft China data, as we focused on the strong balance sheets and cash flows of resource stocks like BHP and RIO. We also saw advantages for Ralton investors from both a capital appreciation and income generation perspective – particularly in the way companies such as BHP have sought buy backs and capital returns to use utilise franking credits ahead of the federal election”.

From Ralton’s perspective, managing only SMA models meant that SMA investors were the only priority in the decision to enter the trades, and this positively influenced performance and execution timing, with the added benefit of real-time and in-depth trade communication available to advisers and ultimately their clients.

It was priority boarding, without the extra priority fee.

PrevPreviousCopia welcomes another Distribution Manager – Matt Roberts
NextAdvisers, are you SMA clients waiting in the boarding line without a priority pass?Next